I was hoping to get into the steering and suspension but doesn’t matter how it steers or handles if it won’t stay cool. First some basic cooling system troubleshooting. The system looks pretty hammered from the outside. First step is to run the car a few miles prior to overheating. You can tell because the engine starts to sputter during a stopped idle then carry on more or less normally once the car is in motion. First order of business is to get some thermal images.

Have a look-see at the fuel pump at temp. I’d boiled the fuel but didn’t overheat the engine when the car stranded me. Let’s see how hot it’s getting compared to other parts. 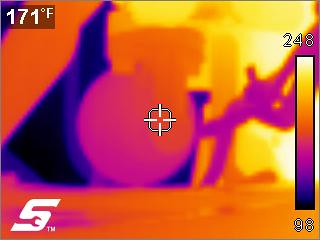 Not bad but let’s look and make sure the radiator is flowing. Those dark spots indicate an obstruction. They show up as lower temperature because the coolant isn’t getting there. There are a few of them but not so many that it’s a major problem. Yet. 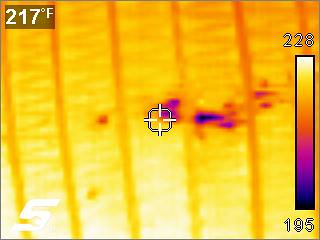 Let’s check out the front of the intake manifold. It’s getting a little hot at the thermostat housing/outlet. We’re going to want to look into that a bit more. 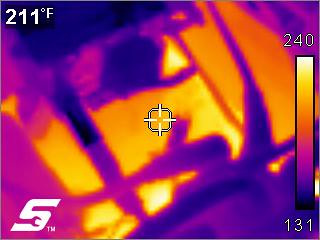 Check out about 5 o’clock from the center target position. It’s reading a good bit hotter than the rest. Could be an obstruction. 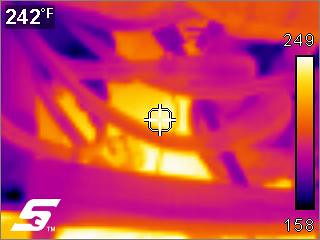 Here’s another shot. The difference is even more pronounced toward the bypass. 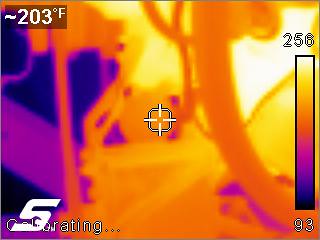 I’m wondering if that thermostat is working at all. I’m going to flush it with something I haven’t used before but diesel guys swear by. I gave the thermostat a test and it’s dead as a doornail. Rolling boil no open on a 180* thermostat. The flush went well, there was plenty of rust in there. Hopefully I got enough out that I can wait to tear into the block. I didn’t save any thermal imaging after the flush but the gauge regeistered cooler and the heat signatures were more uniform particularly at the manifold outlet and top radiator hose. 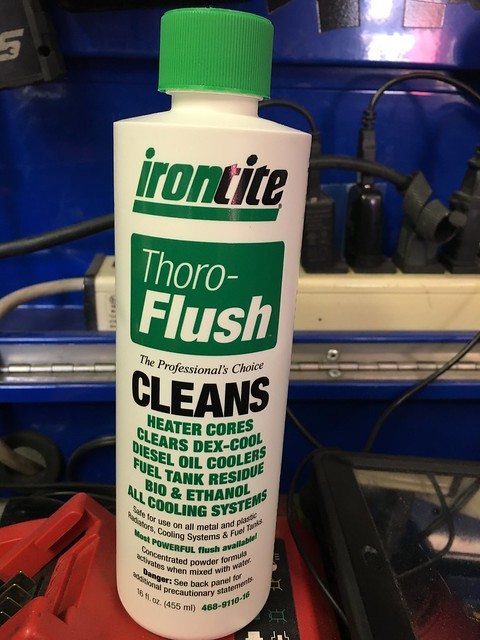 Time to tear into it. I want to leave it in enough to fix this so I can drive it while I’m working on and diagnosing other issues. Otherwise I’d just stab it out and tear it down. 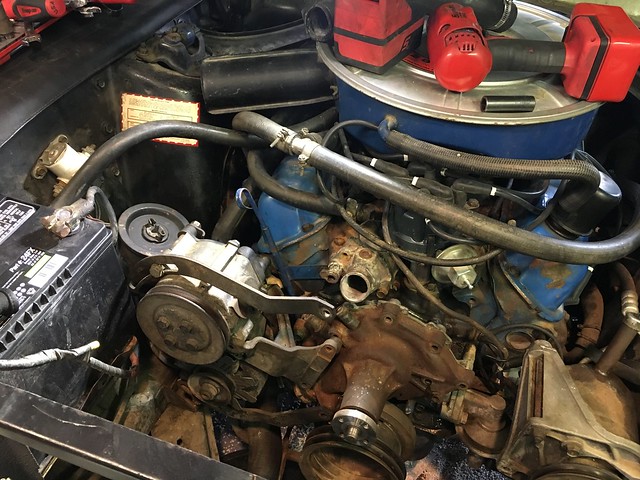 I’m still adding to my SAE tool collection. I’m good on most metric things and what I’ve been working on over the years have been mostly metric or all metric. The hobby stock builds were usually from GM “metrics” from the early 80s. I didn’t have SAE ratcheting combination wrenches or 3/8” drive crowfoots. The truck didn’t have SAE crowfoots, only metric so that was a run to HF but I did score these off the truck. With a free vintage style bubble clock. I love that tool truck swag. Already using the hell out of the ratchets. The crowfoots are showing some wear on a particularly tough bolt elongated the drive end a bit but for $10… 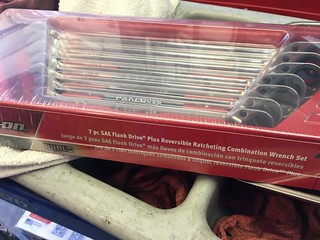 Once we’ve got it all open… 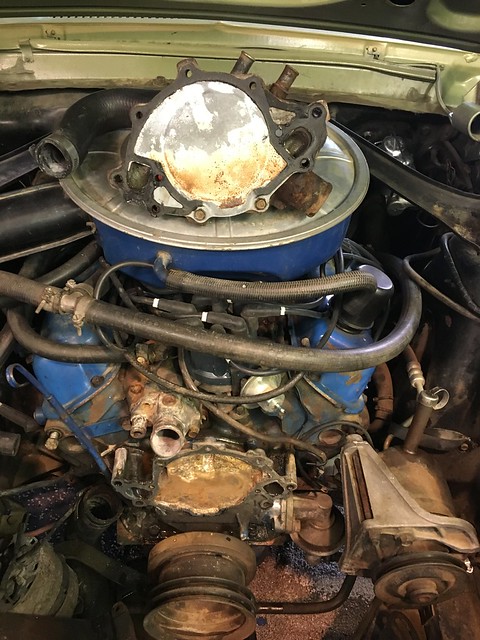 I’m expecting the worst from the water pump. What I could see with the borescope didn’t look good. Fortunately that was the edge of a casting and not the impeller. I was almost shocked when I popped if off and found this. 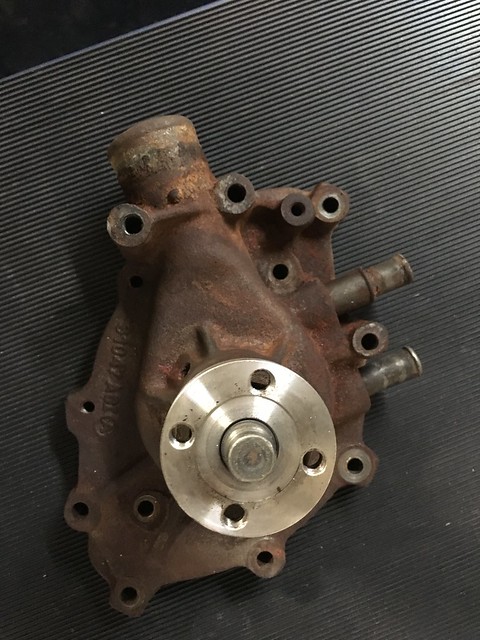 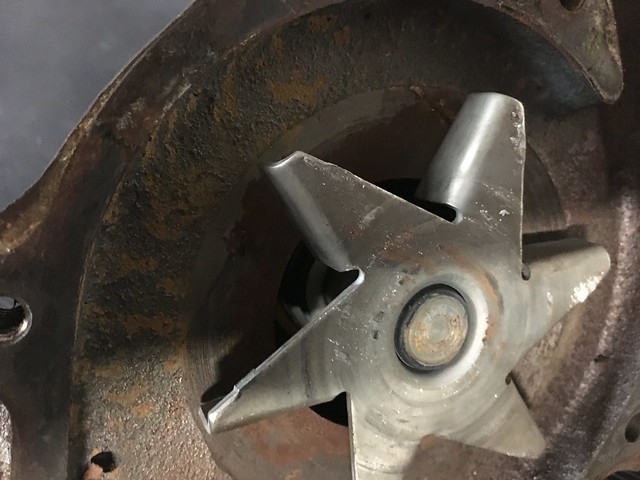 Looks like someone rebuilt an existing core. I couldn’t find the casting number in the Ford interchange so I’d reckon it’s an aftermarket casting with new guts.

We’re on hold for a few days waiting for parts, mainly gaskets, thermostat, cap and shroud. I’ll put it back together and run some more tests. I’m also going to install a real temp gauge and sender using the plug hole on the manifold outlet.