It’s back on the road but still some work to do. I’ve got about 50 miles on it since the resurrection. Until it crapped out, coincidently in a Pep Boys parking lot but not the Pep Boys by the house. For this build I’m not using chain store parts but for fluids and such they’re great. Appears to be a fuel/heatsink/vapor lock issue. I put the road service we got from Hagerty to good use. I got it back, cooled it off, primed the carb and it’s back running. I’m taking some heat signatures in various states. It’s fully into summer here. It was about 105* when it conked out. Timing is good, dead nuts on. Idle is a bit rough at times. 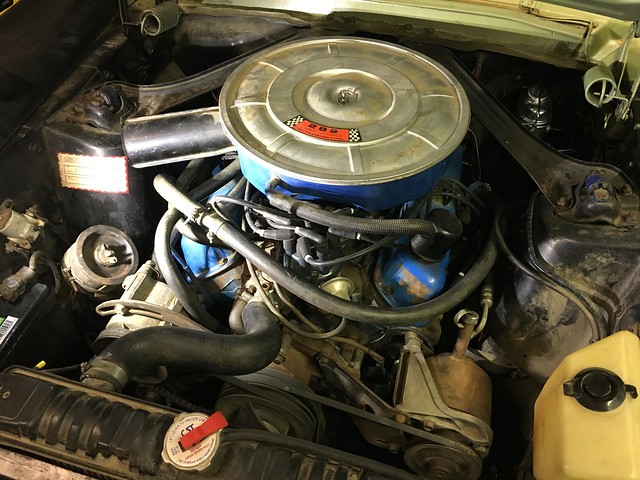 I got a VIN check at the DMV to change the title and register. They didn’t like where the title release was signed (even though it’s where CA says it should be…) but I got a movement permit for a month anyway. There is so much made here at VMF about the fender tag vs. door tag as the legal point of reference. As I pulled into the VIN inspection area I got out and went to open the hood. The inspector asked if I was having a mechanical issue. I said no that I was just opening the hood so she could see the fender stamp. She said NV recognizes the door tag as the legal VIN and use that for the check. I mentioned the Ford says the door tag isn’t the legal VIN. She chuckled and replied that Ford doesn’t get to decide what the state of Nevada uses to determine the correct VIN. She disappears with the pink slip and a couple of minutes later returns with the full registration history from California, decoded VIN and a pretty good description of what the car had when sold including the original purchase price.

The engine as a survivor buttoned up with a fully plumbed smog pump.

The car is in great shape. Needs some mechanical love and some aesthetic bits. If you look close you can tell the work was done over the years by two chain collision shops. I’ve got the original hub caps (those are the original steel wheels as well) but haven’t put them back on yet.

Dash is good, pad is great. I’ve got new plastics and bezels and will install them after more of the mechanical is complete. I’ve also got door cards and a few other bits. Carpet is new but black so I’ve got to see what was originally in the car. My wife is riding herd on the interior including new heat/noise insulation and is working on other mechanical bits with me as well. 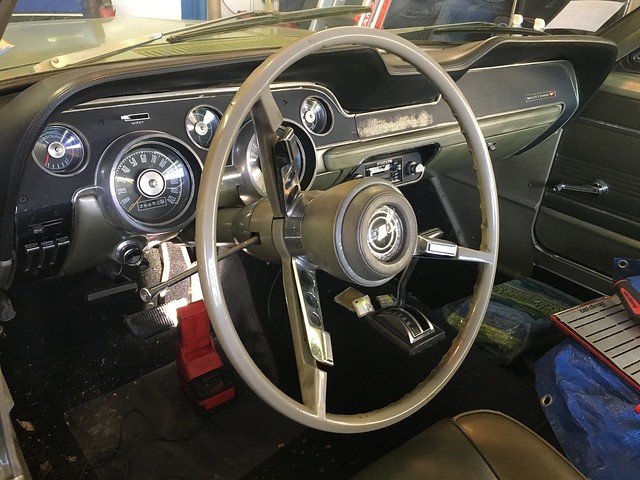 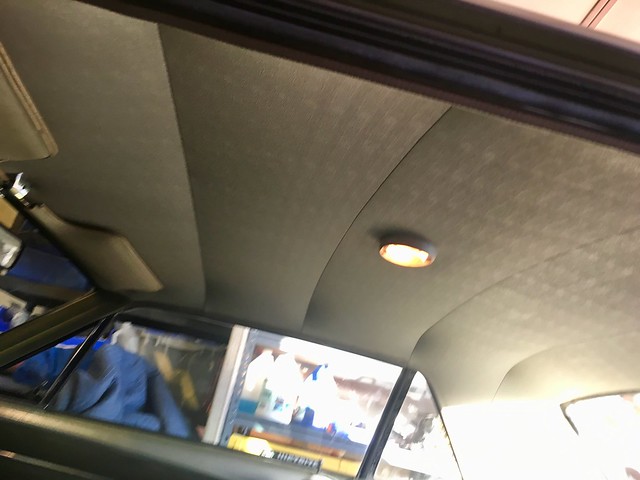 Rear seat is original, not too many people rode back there. The fronts were recovered about 20 years ago to new, stock condition and color. 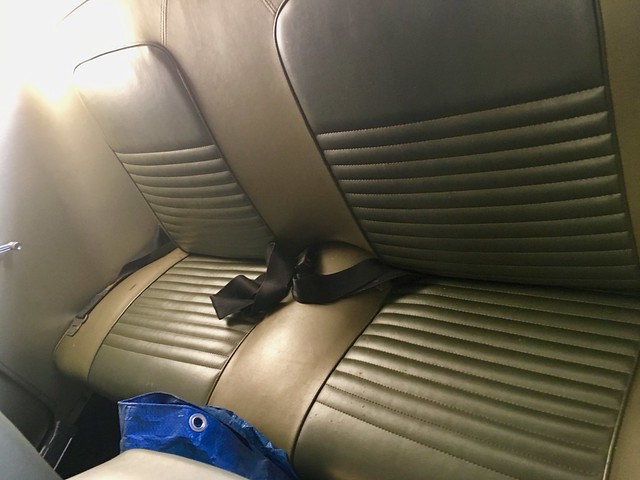 It’s a hoot to drive though more than 50 mph or so there is quite a bit of skating in the front end. Some of it is the 50 + year old Bendix style power steering. The alignment is whack though it doesn’t look like bent parts but I’ll know when I take them off to measure them. I’ve got all the seals and new idler for a steering rebuild. Asked Choko about a kit but he was on vacation and I wanted them before he got back. About $140 for the parts. Hopefully the tie rod ball joints are still usable. I’ll test them and see. Haven’t yet made a bushing list but they’re well rotted, or “perished” as Edd China would say.

Before I tackle the steering I want to make sure I have this heat issue sorted. I’m also going to send an oil sample to Blackstone to be analyzed. The reports are fantastic. I wanted to get 100 miles or so on it then change oil, send the sample and cut the filter open to see what is inside it. If it checks out I’ll not pop it open just yet but clean it, paint it and use it.