Leak down done but first let’s do the numbers…

108 temperature when I was doing the leak down test today

15 gallons of water through the swamp cooler during the day

2 gallons of water through the swamp mechanic during the day

I’m not so sure about the leak down tool. It’s kind of tweaky setting the zero point. Much tweakier than I remember but it’s been a couple years since I’ve done the diagnostic. The couple of engines I did in the meantime (one of the is still mostly in parts delayed by getting the Mustang) came in and were stripped down and sent to the machine shop when they got here. Not tweaky enough to pay the big bucks for the truck tool or even a good brand from the online tool guys. I’m not going to be using it for absolute measurements but for comparisons to the other cylinders. 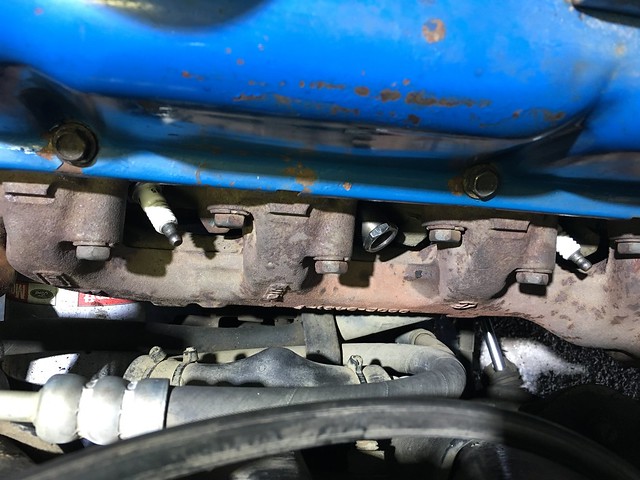 Calibrate
I’m only testing a few holes, the two that showed the most issues in the compression test, #1 and #5 and random test of another to validate the first two. 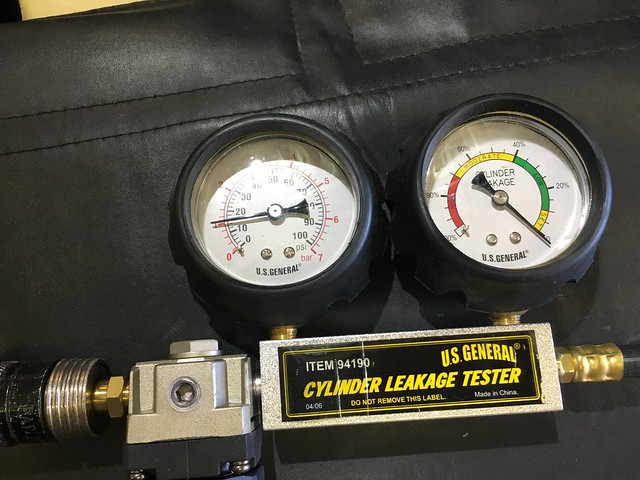 Test of #5. It’s the one with the best compression specs of the bunch but the most carboned plug. Just as I suspected, leak in the intake valve and rings. Sounded stronger in the dipstick hole than the carb. Exhaust and cooling good. It’s got to be more than the percentage shown but still enough to want to rebuild after the summer. 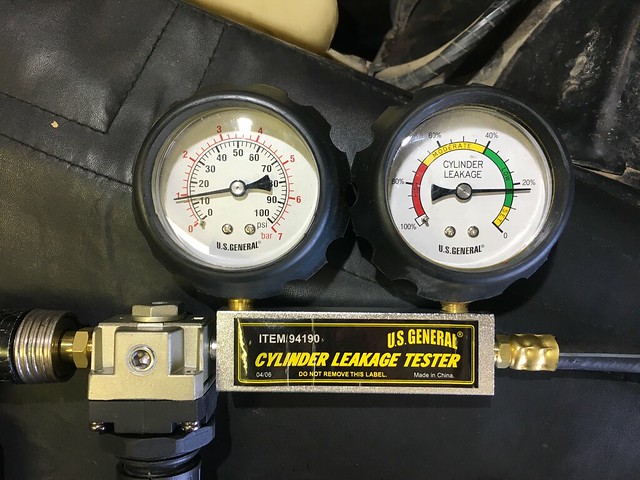 Here’s #1. It’s a bit hammered. Big leaks from the rings and exhaust. The head gaskets seem good all around. Will be interesting to see if that heat signature from the cooling diagnosis was part of damaging that cylinder. It was the weakest one by far. My guy measures all the cylinders (and I do before I send them in) before he calls with the news on what needs to be done. I’m sure this one looks nothing like the rust bucket of an Olds 350 I took in some years back and he was able to pep that one up. 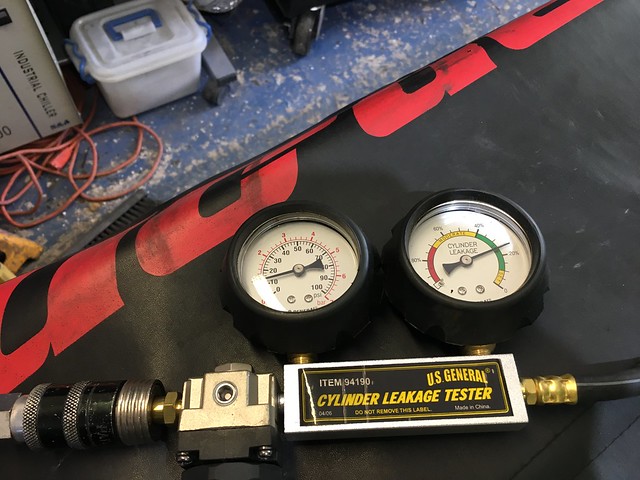 The random cylinder tested a bit better than #5. No valve leaks to speak of but a definite ring leak.

With that I’ll back burner the rebuild as originally intended. I can’t paint now until Sept, too hot. The catalysts won’t cure properly. I’m going to refresh the engine bay, suspension, the whole shebang once it gets cool enough to paint again. Meanwhile I’ll get it back on the road then focus on the the steering system rebuild.