With the carpet and seats underway the rest of the interior painting needs to be completed. The interior was painted during that mid 90s refresh with the other bits. I did find the paint used in a box with various parts, new and used, that were in the car. It wasn’t exactly Ivy Gold. When I first got the Ivy Gold for this after I did the spray out I noticed it was a fair bit off. The old can of Krylon in the box explains that. I don’t even know if they had period/material correct interior paint for the Ponys back then.

I like the paint. It’s Seymour rattle can lacquer mixed by NPD. While the color is a great match I’m not wild about the application. It’s prone to sputter and clogging unless you do some specific things. It’s a heavy bodied metallic and real lacquer. That’s awesome for the color but makes application a bit more difficult than rattle can enamel.

END_OF_DOCUMENT_TOKEN_TO_BE_REPLACED

With the holidays over it’s time to start updating on the progress. It’s still been a slog. One thing leads to another leads to another. I am at the point where I’m able to start final assembly on the interior. But first here’s where we’ve been over the last month.

We’re using the carpet that came out of the car. It was installed in the mid 90s when the last refresh happened. It was dirty, the backing was trashed but otherwise it’s not in bad shape. With some jute backing from Mac’s, Tuff Stuff, a Spot Bot with Bissell heavy duty carpet shampoo and a bunch of elbow grease she whipped the carpet back into shape. Here’s the rear section, the front was the same thing.

END_OF_DOCUMENT_TOKEN_TO_BE_REPLACED 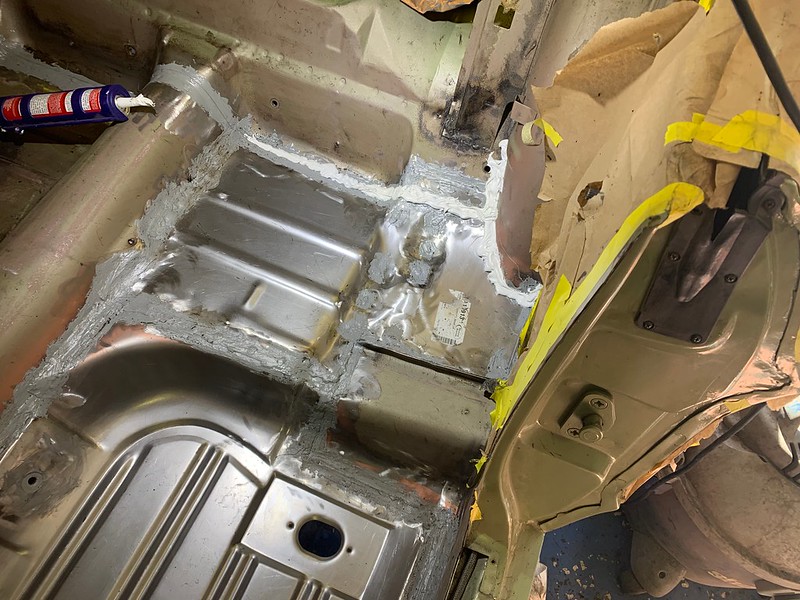 END_OF_DOCUMENT_TOKEN_TO_BE_REPLACED

In the midst of the restoration spiral.  You mean to do one thing and in order to get that done several other things need to be done.  You’re peeling the restoration onion.  It’s been a long, hard slog on the floor refresh.  What started as a carpet cleaning and interior refresh has turned into fab, paint and minor upholstery.

Continuing from the last update the floor panels were removed to make way for the new panels.  Some drilling of spot welds and a bit of orange paint pen to mark where I need to cut and I’m off.  The seat pedestal was removed prior. 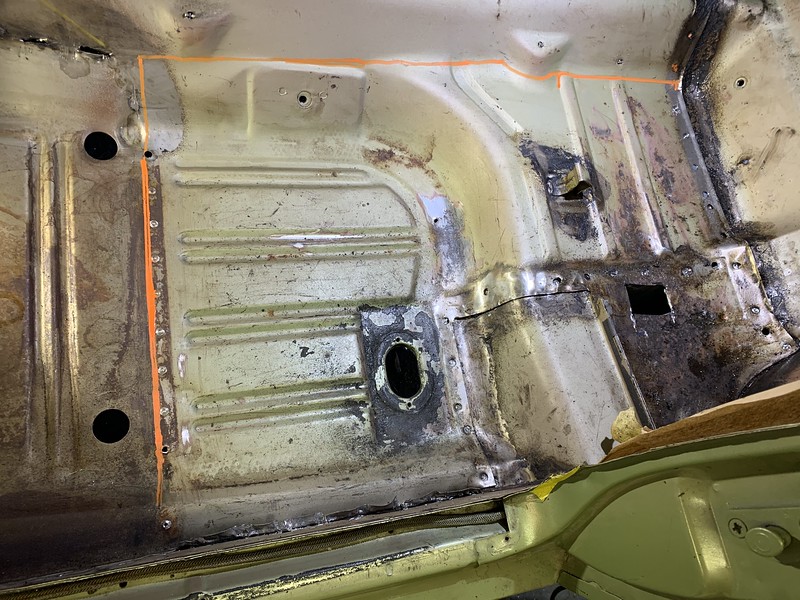 END_OF_DOCUMENT_TOKEN_TO_BE_REPLACED

Results from the Blackstone test.  About 120 miles on the sample.  Pics of the filter cut open were a couple of posts ago.

High metal readings.  Way high.  They say some of this could be the result of the engine “awakening from slumber” and washing out some corrosion.   But it’s not all from that.  Their words.  Very cool because that’s what it is.  They say if the oil pressure is good (it is though I’ll put a real gauge on it after the floor) and it runs well (it does) then do some quick flushes to clean it some more.  Keep checking the filter and oil for metals and send another sample in 500 miles. It’ll need to get cracked open anyway but if I can put it off for a while that would be deluxe. 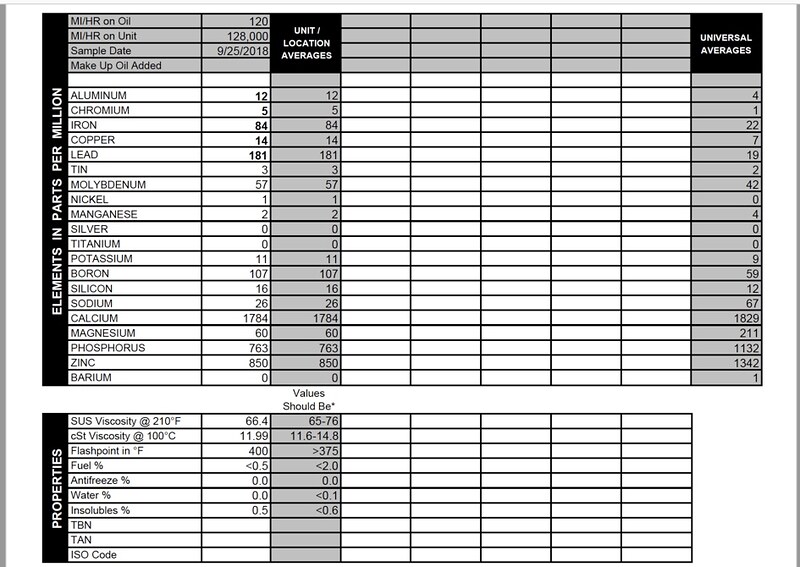