The parts for the cooling system restoration have arrived. I’ve got an unexpected seized/stripped bolt head. Though I suppose most stripped bolt heads are unexpected. I tried everything, crowfoot, box, open end, flare nut. It’s the bolt that attaches the thermostat/outlet to the intake manifold so it’s somewhat of a bear to get to. So off comes the manifold. I’d forgotten how heavy a cast iron intake was. 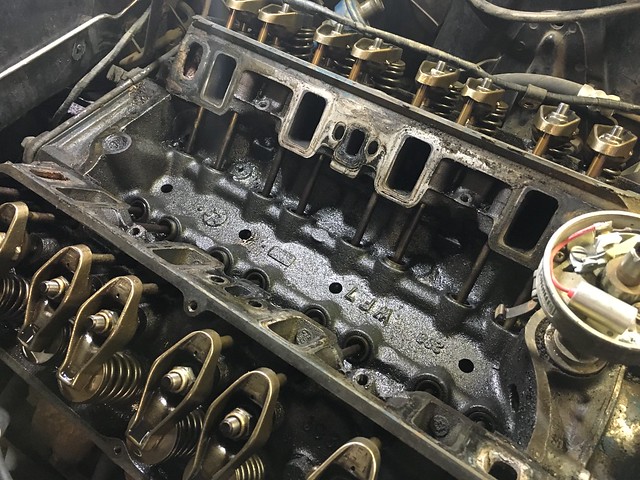 The valley looks pretty good for a 50 + year old car. It’s been off at least once before when the heads had new seats installed in the 90s. There are some powdered oil clumps in a could of places but otherwise it looks good. There are still some water jacket blockages but mostly they’re clean or at least clean enough to use. 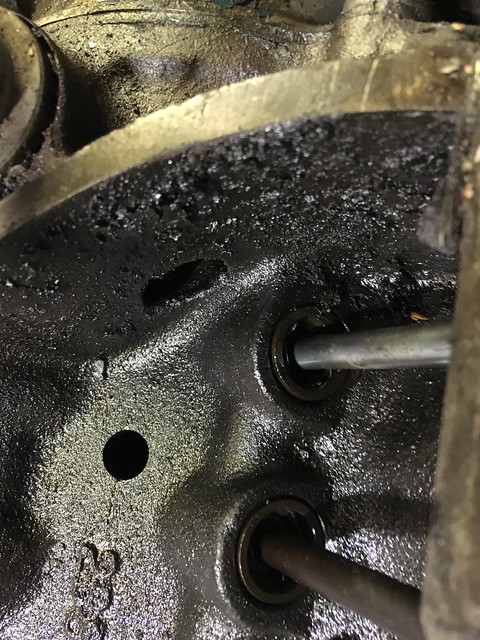 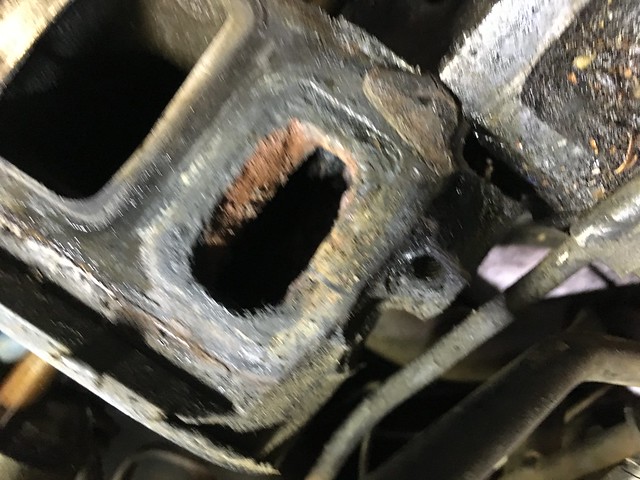 It needs a cleaning/buffing of the intake port face on the head to knock off the kack and left over gasket chunks. I’ll block those ports with a rag while I’m doing it then vacuum out the bits. Though it all looks good I’ll bust into the short block once I get some more done on the car and I’m able to have some fun driving it over the summer. I’ll make it part of the engine bay rehab project after steering and suspension. 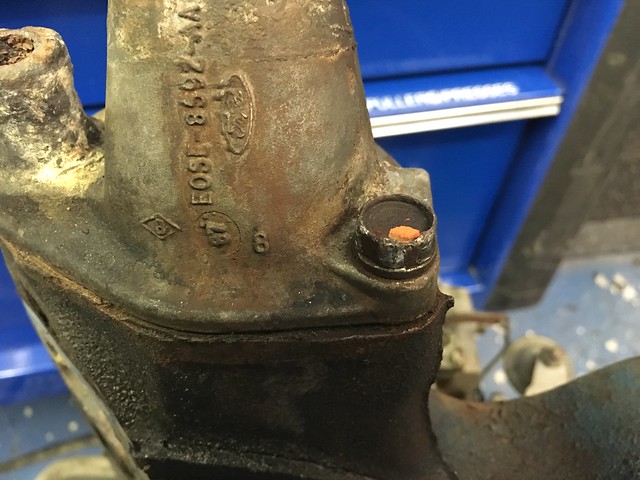 I picked up a set of Irwin stripped bolt removal sockets. About $30. I’ve got other stripped fastener removal tools but didn’t have these though have used them before. 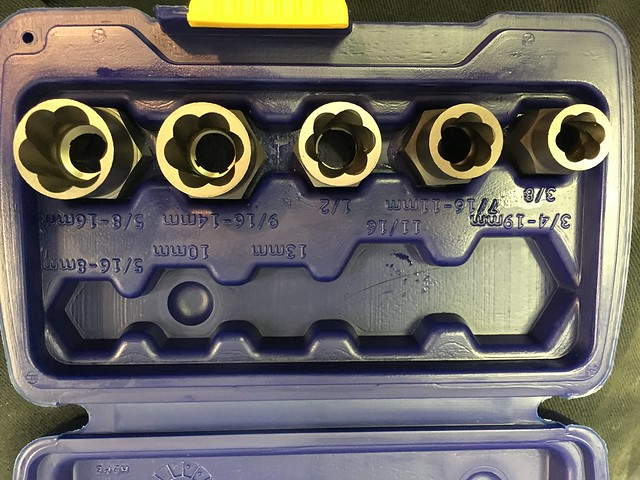 If you’ve not used them they have flutes cut into the socket that grab when you turn it the direction to loosen it. You set the socket with a couple of light raps with a hammer. Then spin it off as you would normally. I used a breaker bar but you can use a ratchet or impact. 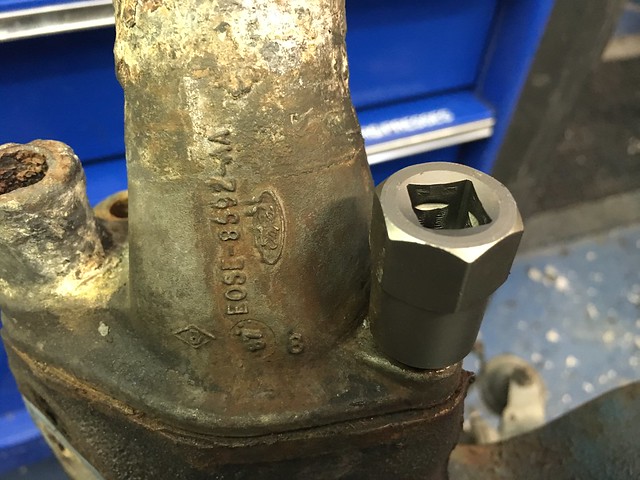 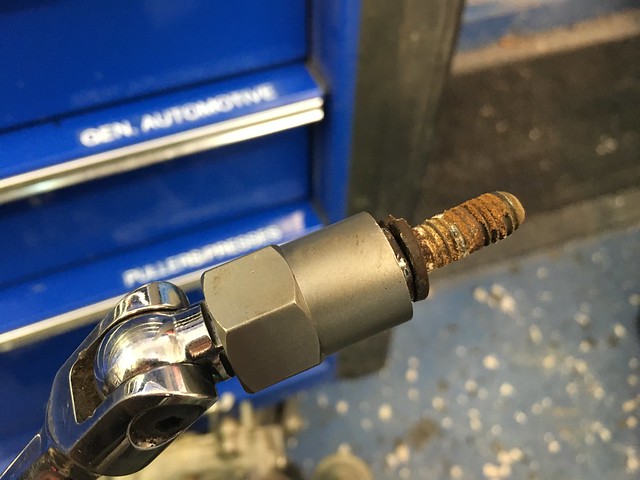 If all goes well I should have it back together tomorrow afternoon sometime.